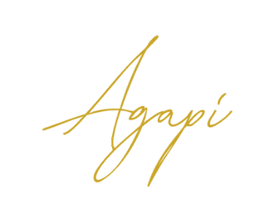 Once upon a time, there was a princess…

Her mind was made from flowers and her heart was a temple full of lightened stars.
Once upon a time there was also a coach.

It was a beautiful wooden coach carved with gold, diamonds and precious stones.

Both, the princess and the coach were very pretty!

Both, the princess and the coach were very pretty!

In another fairytale, there was once upon a time, a princess…
Her mind was made from flowers …

The princess in all the fairytales was always living very happy in the coach, that was protecting her with love, was taking care of her with high respect and was always offering her such a soft bed like silk to rest.

The coach was also very happy to have under its protection such a precious person as a princess who was filling it with such a strong light and making its golden figures and diamonds to shine. One’s existence was impossible the other’s…

In the same little fairytales there was also living a small bird that loved to travel and discover different worlds and fairytales!
The bird found very strange that in all fairytales that was visiting, there were always the same princesses and the same coaches!
One day the bird thought that it was necessary to tell the coaches and princesses of the fairytales that they had “twins brothers and sisters”.
And he did that…!

Once upon a time there was the same princess from the previous fairytale.
One spring-like day, while the princess was enjoying with the coach the sweet heat of the sun, a little bird approached her and gave her an important message!

“…I tell you the truth! Every time I visit all the fairytales, I meet exactly the same princess and coach!
When the two first actors of the fairytale heard that, they had such a joy because they had brothers and sisters!!!

What a pleasure! What happiness! They could finally share their happiness with other princesses and coaches!

Ups! But suddenly they realized that there was a small problem!
They didn’t have any horse! How could they travel to other fairytales without the horse of the coach??
However in my fairytale, the princess and the coach had a magic gift! Whenever they had a problem, they had at the same time the solution and could always materialize what they really needed. But, until then they were not aware of their magic capacities, as they have never had any need!

And suddenly they had an IDEA!
“Lets create a horse”! It was so simple! So quick like a thought!
It was a divine thought that both had at the same time!
In my fairytale, Eve doesn’t give the apple to Adam but they both cut it at the same time from the apple tree!

“Lets know our brothers and sisters…! Shouted both of them.

And then the trip of humanity has started!

Once upon a time there was the princess and the coach with the little horse from the second fairytale. She was very happy and they were both enjoying their trips with joy and love.

They knew other fairytales too where they met their twin brothers and sisters and not twins as well and they continued their trip with pleasure and willing for discovering!
One nice morning the little bird of my fairytales got an idea! “I will organize a big feast so that they meet all of them and get knowing each other!”

And so it happened…

The little bird started to fly and inform everybody about the big feast.

The feast took place in the most beautiful garden of all the fairytales!

When the guests arrived they created such a big circle to fit at the garden and they all introduced themselves to the others.

There were two kind of horses, the black and the white ones.

The white ones looked much more like the princess and they were female.

All happy, the coaches and the princesses, with their beautiful horses decided to settle and live all together in the same garden and the same fairytale.
They called their fairytale … “the Earth’s fairytale!”

There were once upon a time the little horses with the coaches and the princesses from my third fairytale and they were all living happily in the Earth’s garden.

Lets simplify my words so that you can better understand my stories. Lets call the set “coach-princess-horse”, “Human”.
The humans with the white horse are called “Women” and those with the black one “Men”.

The first years, life was full of material and spiritual abundance such as light,  freedom,  gratitude and a lot of love between them!

But as time was passing, their life began to change…

The little horses started taking care of the coach much more and they forgot the princess who was hidden in her beautiful coach.

They were washing their coach, polishing it and putting on it more gold, diamonds and jewelry. In fact, that was making the coach much heavier and more difficult to move but there was no problem, at least for the beginning, because the horses were very impassioned from the beauty and richness of their coach.

The coach, so big and loaded, looked very small that the princess inside could not be visible and every time looked smaller and smaller… that many horses have completely forgotten the princess in it, without even believing at her existence.

However, there were also some horses that tried to preserve the stable and significant balance between the small and simple coach and the princess. They continued to listen to her, to honor her and knew that she was very important, as much as the coach.

And then something tragic happened…. The horses with the big coach began to feel “stronger” and “superior” from the horses with the small coach…
So then a big war has started between the “size” and the “balance”…

In this war the “stronger” was torturing the “weak ones”, like burning them, beating them and made them feel less worthy, less able, less…

At this point of my fairytale, I would like to clear up something very important!

Of course, the truth is that there were more male horses believing and showing off the coach as their corporal shaping was more connected to the coach. On the contrary, the anatomy and function of the female horses helped them to have a presentiment and to listen more to the princess.

There were times that many coaches with the princesses were watching what was happening on especially Earth from other infinite fairytales, and after creating a horse, they were visiting Earth in order to help humans to recall their beautiful and harmonic life at the beginning!

They called them Prophets, Gods, Masters…

But the humans, instead of “recalling”, they behaved very badly to the prophets and after their death with a strange way they worshiped them!

So, in this way, there were created different groups of people and each of them believed and praised their Prophet so much that they could fight to extend their love and religion!

And so, years were passing… and more groups, and groups of other groups and little groups… and wars… and pain… slavery… injustice… coaches big and heavy… and bigger…

But my fairytale had also a bird that was very sad! He believed that it was his fault about all what had happened.

But how could he do that? Humans would kill him if they had the feeling that he wanted to make the coaches and the “Egoism” smaller!

However, there was something that had never changed, the existence of Princess! She could be small but she was always there!

And then the little bird had a wonderful idea!
He came down to Earth and started to persuade many little horses to make windows at their coaches! He told them that it was better for their coach to let the air come in through the windows and let this way fresh air in it. Besides, opening the windows, the coach’s weight would, in a way, be diminished and so they would feel lighter and “healthier”!

It took him many years to persuade the first little horses to create windows but slowly-slowly he made it!

Every day more and more little- horses were making nice windows realizing that this way their coach weighted less and they could run faster! They were feeling much lighter, more airy, more revived, and happier…

And something extraordinary happened!

Having the windows open, the horses started to explore the coaches’ interior!

There was a voice in the coach, an indescribable voice, an angelical voice, a voice that made them feel strange…

And then the search of princess began!!

Who’s there? Who’s that woman who sings? Where is she exactly? She is in my coach but I cannot see her! When? Who? Why? What happened? Where? How? And much-much more questions that started to be asked in the time of Aquarius … and they lived ever after?

Production and writing: a princess who uses the coach’s wheels to write…